You are here: Home / Leadership / Choosing a Stand Over a Position 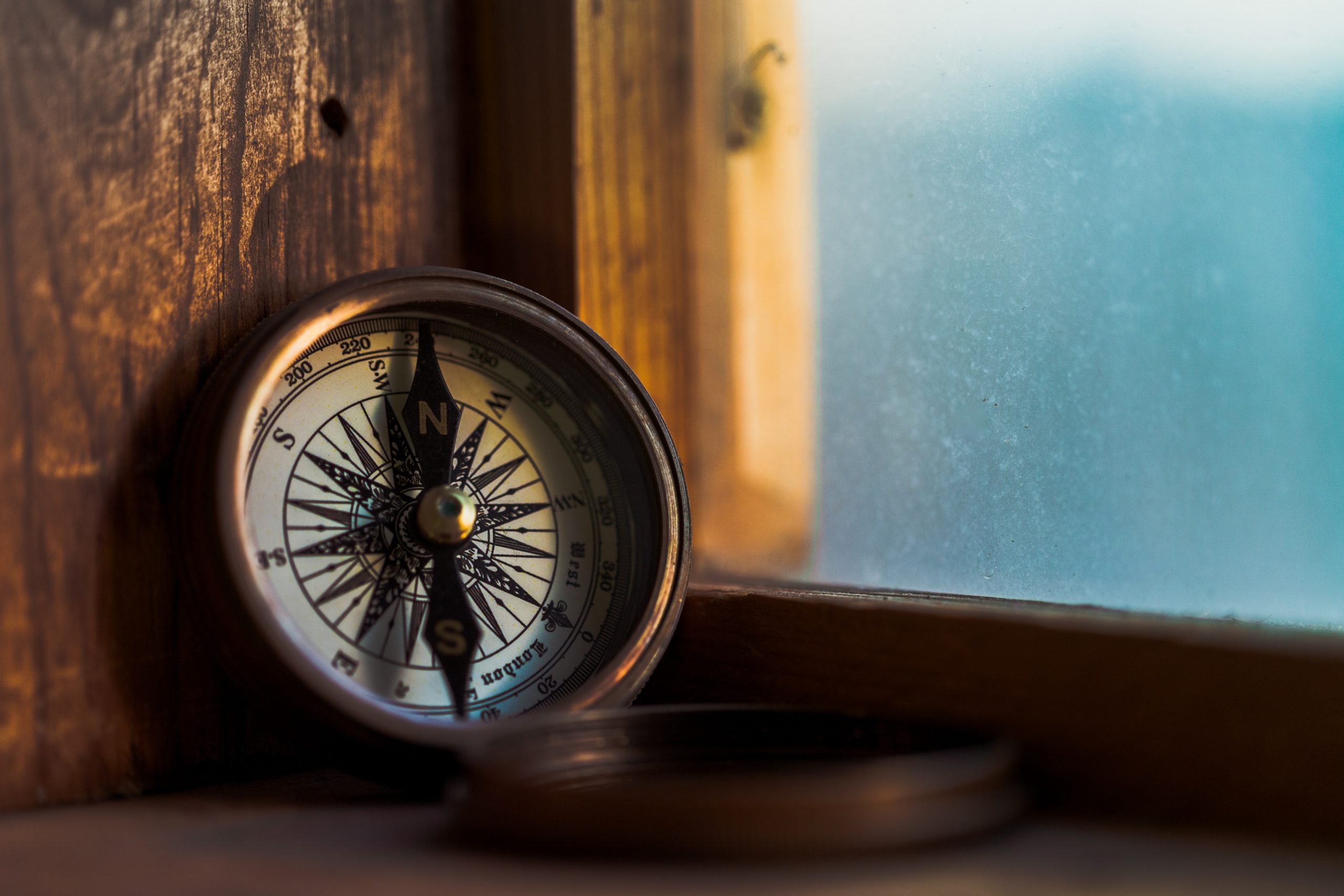 Having an agreed understanding of what a word means – a distinction – enables us to have different conversations, which can enable us to achieve better results. For example, back in 2019 relatively few people knew what a Zoom call was. Today, millions of us share that distinction.

One distinction I have found particularly helpful is the difference between a position and a stand.

A position is against something – a negative reaction to something we don’t agree with. We hear about this a lot these days in politics, in the news, and especially on social media. That’s largely because it’s relatively easy to say what we don’t agree with, to object to an idea or another person’s view. We can find ourselves triggered when we hear or read a comment we particularly don’t like. We experience a feeling that comes from somewhere deep inside, which seems to rise up from the stomach. But the very existence of a position depends on its counter-position. In other words, take that counter-position away and our position can no longer survive.

Let me give you an example.

Imagine you’re driving along a narrow street and you meet a car coming the other way. There’s not enough room for both cars, so either you or the other driver will need to back up and let the other pass. However, each of you takes up the position that the other driver needs to give way. Tempers rise, and you become more entrenched in your conviction that the other guy needs to move. You rationalize to yourself to reinforce your position: He was driving too fast; his car is way wider than it needs to be; my journey is more important than his. However, as these and other thoughts race through your head, you suddenly notice that the other driver is reversing back to a passing place to allow you to continue. The position you had so quickly taken and started to reinforce in your mind immediately dissolves.

A stand, on the other hand, is for something and generates an entirely different energy. A stand does not depend on anyone or anything else to exist. It’s about what you believe is important. A stand is like an island on which you have planted your flag to show what you stand for. Those sailing past your island can see your flag and, if they share the same belief, they can come and join you on your island – there’s room for everyone. Importantly, if anyone doesn’t share your stand, they can sail on by, and that’s okay. Whatever others choose to do, your stand can remain in existence for as long as you decide to hold it.

How would this play out in our narrow street example? Let’s say the driver who backed up had a stand for courtesy and consideration on the roads. This stand does not depend on the actions of the driver in the other car, and it will still exist long after that particular moment has passed. It will also feel good to practice that stand. The energy it releases is positive.

The objective of a stand is to become more consistent and stronger in a belief you hold. It requires you to be willing, if necessary, to make sacrifices to support your belief, while always being open to others who choose to join you in that stand. It is generative, inclusive, and does not rely on others to exist.

A great friend of mine, AJ, served with me in the Royal Air Force, and we have been close for several decades. Throughout that time, he’s always chosen not to drink alcohol. It must have been tough for him as a young guy, as we both were back in the 1980s when there was quite a strong drinking culture among our peers. But AJ had the courage to stick consistently to what he believed to be the best choice, and people respected him for it. Importantly, he never made out that other people were wrong for not sharing his stand – it was about him, not others. This is one of the most important points about a stand: while at times it can take great courage to maintain a stand, the more consistent we are, the easier it becomes.

A stand is something we care deeply about. It generates a lot of positive energy, and we can become passionate about it. But what if we find ourselves in a situation with someone else who has a stand that seems to be in conflict with our own?

This is when we can easily drift into taking a position against the other person. When we do, the positive energy turns negative, and oftentimes we become focused on prevailing over the other person’s beliefs. A better way to make progress again is to get back to our own stand.

When my son was approaching his eighteenth birthday, he decided he wanted to graduate from riding his small-engined moped and buy a large 600cc Suzuki Bandit motorcycle. This machine was capable of accelerating from 0 to 60 mph in a little over three seconds and could hit a top speed of 130 mph. As a parent, my immediate reaction was to think, No way is that happening! The roads near to where we live are dangerous. They’re narrow, twisty, and frequently congested with vehicles that all survive better in an accident than a motorcycle. Like just about any parent, the safety and well-being of my children is something I care about.

However, my son had a different view. What he cared about was freedom – the freedom to get around to see his friends and enjoy the excitement of speed. The predictable outcome of our differing views would have been my son and me ending up locked in position versus counter-position. We would be just like the example of the two cars on the narrow street, only this time with neither party willing to give way.

I chose a different approach.

Rather than taking up a position against my son having the Suzuki, I refocused on my stand for him being safe. This simple shift gave me an entirely new perspective and led to an alternative conversation. I told him I would support his choice and even help him find a good second-hand motorcycle. However, there was one condition: he needed to agree to extend his training beyond the minimum required to gain his license. On qualifying, he would immediately enroll in a school to become a certified advanced motorcyclist. I told him I would pay for the additional training, and what’s more, I would follow the same program and learn alongside him. My son agreed. After all, he reckoned it would be cool to become an advanced rider.

We started the training, and we even bought a beautiful yellow Bandit, which sat in our shed waiting until we were qualified to ride it. A few weeks into the training, my son came to me and said he’d decided on a different path. He said he had worked out that he wouldn’t be able to afford to go anywhere on the Suzuki because, at his age, the cost of insurance would be extortionate. He’d decided to buy a car instead.

Over the weeks this unfolded, our relationship took on a new dimension as we trained together as equals. This would never have happened if I’d taken a position. Like many strong-minded teenagers, my son would have dug his heels in. Thankfully, the fact that I took a stand instead allowed him to think openly about the pros and cons, including the cost of insurance. Soon after, he bought his car and even chose to gain his advanced car driver certification too. As for the Suzuki, we sold it in pristine condition a few months later, without it being ridden by either of us.

The stands we choose to take in life will guide our actions, building what others will see as important aspects of our character. What’s more, people generally have heightened respect for anyone who has strong beliefs for positive reasons. The more consistency we have with our stands, the greater the trust others will feel towards us. When we extend those stands to guide us in our work or our business, they will also provide the foundation on which reputation is built.

We are likely to develop several stands over our lifetime, reflecting those things that we really care about. These stands will include how we treat our family, friends, and work colleagues; the choices we make about how we spend our time and money; and how we shape our plans for the future. Importantly, the clearer we become on our stands, the more useful they become in guiding us when we face the unknown.

This is an extract taken from Peter Docker’s latest book Leading From The Jumpseat: How to Create Extraordinary Opportunities by Handing Over Control and is reproduced by kind permission of Why Not Press. © Peter Docker All rights reserved.

A keynote speaker and facilitator, Peter presents around the world, offering workshops and bespoke leadership programs. Peter enables people to shift the context around what they see as possible for themselves and their team. Often, the greatest thing in our way is ourselves.

Leading From The Jumpseat is available from Amazon and other retail bookstores in paperback, hardback, e-book and audiobook from 19th October 2021 and is available for pre-order now.