You are here: Home / Fundraising / Corporate Sponsorship: Get Clear and Think BIG 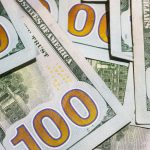 Let’s get right to the point. Corporate sponsorship and corporate philanthropy are not the same. They are different—very different. And no matter which one you are considering, you probably aren’t thinking creatively enough.

Typically, philanthropy is done by individuals, not companies, but some companies still give for the sake of giving expecting nothing in return. Actually, that is philanthropy, especially when it comes to the Canada Revenue Agency or IRS. Philanthropy, or a donation by a company, is a gift made to a charity with no expectation of anything in return—no event passes or tickets to a gala, no logo inclusion, banners, tweets, or posts. Nothing! Zilch! Nada! Philanthropy comes from the heart; donations should be altruistic.

Corporate sponsorship, on the other hand, is a business transaction. The sponsor pays/gives the sponsored property money. In return, the sponsor receives benefits that will help them make more money, be it through alignment with the property, through sales, brand development, PR/GR, or employee engagement and such. It is a form of marketing, and like buying social, digital, outdoor, TV, or radio, they receive something of value in return for their investment.

Many nonprofits spend A LOT of time procuring small sponsorships.  Typically, this might look like a lower-level sponsorship of an event.  For a couple thousand dollars, the nonprofit has agreed to manage a long list of value in return: logos, seats at tables, program ads, speaking roles and other agreed upon benefits that can lead to a pretty high headache-to-reward ratio. My challenge to fundraising teams: how might you think BIGGER about sponsorships? How are you limiting yourself by getting stuck in this small transactional space?

Here are some stories and case studies that illustrate what I’m talking about::

We need to understand sponsorship and philanthropy are different and treat them accordingly. And we need to think bigger and more creatively – in ways that go well beyond logos and speaking opportunities if we want real money from business-nonprofit partnerships.

Brent Barootes is the President and CEO of Partnership Group – Sponsorship Specialists® an integrated sponsorship marketing agency that works with both sponsors (brands / companies) and properties (those selling sponsorships and looking for money such as charities, non profits, pro and amateur sports, municipalities and such) to help them both put more money on their bottom lines. Brent has been with the Partnership Group – Sponsorship Specialists® since its start up 20 years ago and has been working directly in the sponsorship and charitable / non profit sector for over 30 years working both as a Director of Development for a national charity and working in professional sports from a sponsorship perspective.