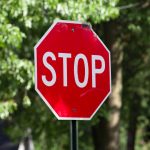 As an experienced fundraiser and leader you might not remember all the limiting beliefs that held you back at the start of your career.  Many of those beliefs are tied to the fears that surround asking such as: 1) “I  don’t know how to ask”,  2) “I’m too embarrassed to ask”, 3) “I don’t know who to ask”, 4) “I don’t have time to ask”, and 5) “If I ask, they will say no”.

While you may have faced some (or all) of these fears and limiting beliefs in the past and moved beyond them as your career as a fundraiser evolved, there may be some members of your staff who are not as advanced as you are, and who may be struggling.  This post is for them.  I encourage you to share it with them, as well as offer how you overcame these obstacles to success.

We all create limiting beliefs. They form a barrier in our mind, keeping us from getting into action and asking for, and achieving, our objectives. It’s time to stop giving air time to the messages that sabotage your inner dialogue and start confronting your biggest fears.

If you’re a fundraiser, you’ll find below some of the most persistent beliefs that may be stopping you when it comes to making requests.

Ask yourself which one you identify with most, and how you might overcome it to be able to achieve whatever you want.

1. I DON’T KNOW HOW TO ASK
This is one of the beliefs I hear most often from the fundraisers I coach. Since they never feel prepared enough to actually make a request, they tend to postpone this type of conversation with clients, investors or donors, or delegate it to someone else. The fear often present in this case is: fear of not being good enough or fear of rejection.

One remedy that works in this situation is to devote time to prepping and researching our ideal audience to learn what motivates them and which aspect of our cause or project might be of interest, and then focus on how to build a relationship that will be a win-win for both sides.

2. I’M TOO EMBARRASSED TO ASK
The act of asking is often perceived as aggressive or intimidating. That’s indeed true if we charge in and ask without knowing anything about the other person. Hit-or-miss requests like these increase fundraisers’ frustration and have a high probability of being turned down by the person being approached.

When dealing with this belief, I ask fundraisers to see it as a relationship between peers, rather than just concluding that “he who pays the piper calls the tune”. I also insist on the importance of focusing on the relationship rather than the request itself. If we cultivate the relationship and give it a chance to blossom, asking stops seeming pushy and becomes a natural invitation to collaborate in shared areas of interest.

3. I DON’T KNOW WHO TO ASK
We obviously don’t all have an electronic Rolodex filled with top-level contacts. It’s also true that acquiring those relationships takes time, and it is possible. If that’s the predominant belief you’re carrying around, try rethinking it.

I’m sure you’ll agree with me that we all have relationships, to a greater or lesser extent. So my recommendation is to start with the network you have and consider whether, among the people you know, there might be any who meet your profile. Dare to ask and find out whether they can open doors for you. Your target audience is closer than you think, and if you’re proactive I’m convinced you’ll build an awesome contact list. Another option is to attend trade fairs, congresses or meetings where there is a high likelihood of encountering your target audience. I encourage you to go, break the ice and connect with people who can connect you with more people.

4. THEY ALWAYS SAY NO
I’m sure this belief speaks deeply to you. I understand. I know how exhausting it is when requests for support are repeatedly turned down; I’ve been through that exhaustion and frustration myself. I have to say, what helped me the most was understanding that being told “No” is always specific. The proposal being turned down is specific in terms of time frame and format, so what’s important, in this case, is to get past your initial disappointment and ask what would work for them. The faster you react, the greater your chance of turning a “No” to the prospect of joining forces into a “Yes”.

5. I DON’T HAVE TIME
I’m seeing more and more projects seriously affected by this belief. It’s one of the beliefs I find most worrisome because often the very survival of the project or cause is at stake, due to a lack of clients/partners, or resources and private funding.

I recommend you stop worrying and get into action. Undoubtedly that will mean prioritizing and delegating responsibilities on the team. I’m not a big fan of delegating commercial or fundraising activities 100%; I think recruiting clients and donors, as well as fundraising, should figure prominently in the organization’s DNA. One solution is to get outside advice, making sure in-house teams are fully engaged, as a way of gaining experience and knowledge. With time, there will be clients and donors aplenty.

So, No more limiting beliefs! I hope you can now identify every belief that is taking up space in your mind, and know how to conquer it most effectively. As a good fundraiser, you know that achieving your goals depends on you.

Silvia Bueso is a certified professional coach and an expert in The Art of Asking.