You are here: Home / Leadership / The Key to Empowered Women? Actually Talk About Money 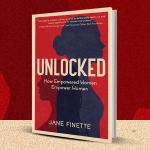 But our relationship with money is complicated and awkward. It’s one of the last big taboos for women. We’ve been conditioned since the dawn of capitalism that the men take care of the money. They have been taught to grow it and pursue it, we have been taught to save it, and be careful with it. However, if we don’t talk about money, we can’t build a positive relationship with it, we can’t put it to use, and we all remain separated in our experience and learning. That’s why it’s critical for women to connect, and Actually Talk about Money!

Sally Krawcheck is CEO and cofounder of Ellevest, the first financial company built by women, specifically for women to reach $1 billion in client investments, as reported by Jessica Thomas for Entrepreneur, in March 2021. Admired for her outspoken views, she is often quoted as saying women would rather discuss what they did in the bedroom last night than talk about money. In one article, she penned for Ellevest she said, “You know a subject’s really taboo when people would rather talk about their weight, discuss politics and religion, sit down for ‘the birds and the bees,’ or ask an adult child to move out.”

Money really is the last untouchable conversation. A 2015 study from Fidelity Investments reported, “four in five women have, at some point, refrained from talking about their finances to those they are close with.” The most common reasons that hold women back from talking money with loved ones are it’s too personal and too awkward a subject, it’s something they were brought up not to talk about, and it doesn’t seem like the kind of information you should share.

But if we don’t talk about money, we are not going to be able to increase our familiarity and, therefore, our expertise. And that will stop us from increasing not only our own wealth, but the wealth of those around us too. It’s a subject that we further punish ourselves badly for not understanding. Kristin Hull, CEO of Nia Impact Capital, painted a vivid picture of this in my interview with her, “I don’t know how to build a skyscraper, I never studied it, and it does not keep me up at night. Likewise, I know nothing about heart surgery, I didn’t study that either. I trust the people who did and are doing their jobs. But why is that different with women and finance? We didn’t study it, no one talked to us about it, why should we know how to do it? And, then, why would we feel shame about something we were never taught?” That’s where we come in and initiate. Talking about money is only awkward because we don’t talk about it enough. And when we do, women act.

When we engage in a conversation about money, we increase the likelihood that another woman might ask for help about money across the board. If she sees we have a financial advisor, she might be more likely to find one for herself. If she learns we have made investments, it might pique her interest. If she hears about the women-owned businesses we have supported and increased our “return on investment, maybe she will have a go herself. I love to imagine a world where we might share trading tips as well as that no-knead dough recipe. We love to share, so if we could just make a start, there’s a massive groundswell of knowledge and willingness to help sitting under our noses.

Even worse for women than talking about money in general, is talking about how much we earn. The gender pay gap is real and closing at a glacial path. We are still decades away from equal pay for white women. As Sally Krawcheck for Ellevest Magazine in 2019 sadly explains, we are also “one hundred-plus years away for equal pay for Black women, and two hundred-plus years for Latina women.” Perhaps, one of the biggest hurdles we can help overcome is supporting women in asking for what they are worth. When we share our own salaries and discuss strategies for asking for a raise, we increase the likelihood of her claiming what she is owed.

Other lightweight lifts might include sharing money-focused books, articles, podcasts, and other resources. Being the example is an equally important manifestation. When you talk about money, share about money, and naturally bring this conversation into the spotlight, you are demonstrating it’s okay to do so and dispelling many money myths.

And, if you need any other motivation to help another woman actually talk about money, just listen to Sophie McNaught. She told me one of her biggest fears would be if one of the women she loves and cares about ended up in a precarious financial situation just because she didn’t know some simple things about money that she should have. We’ve all seen our friends get divorced, lose a job, and hopefully they have been able to come through. But what happens if they have a period of extended illness, there’s an accident, or something else unexpected happens that needed their finances to already be in order?

“No one wants financial hardship to happen, but if it does and we are not prepared, that’s a tragedy that might have been avoided. Sophie explained, “that’s where I feel my obligation. No one I know is going to turn around and say, ‘I just had no idea other people were doing these things, no one told me.” Moreover, even beyond unforeseen events, today women live longer than men by six to eight years, but we retire with two thirds of the amount of money as men, reported Akshita Gandra for Business Journal in 2019. I think of my aging widowed mum and the heartbreaking statistic shared by Monique Morrissey from the Economic Policy Institute 2019 Economic Snapshot, which states that regardless of race, education, and marital status, women sixty-five and over are 80 percent more likely to live in poverty than men. This is something we have to change by helping each other learn and talk about our finances and maximize our hard-earned wealth.

In 2021, women—at least in the Western world—have access to financial information, legal rights, opportunities to work, and are able to participate economically. What were once barriers are not barriers any more. What we need is sweeping cultural change where women are excited by, outspoken for, and perfectly comfortable with money. For that to happen, we need to talk about it every single day. We need to make it as normal as dropping our kids off at school or making a grocery list.

As feminist icon, Gloria Steinem, was quoted as saying by T. Shawn Taylor for the Chicago Tribune back in 2003, “We’ll never solve the feminization of power until we solve the masculinity of wealth.” We can do that by empowering the women around us to have a female relationship with money. One that is nurturing, transparent, where it’s put to the uses we care about, and where it serves a meaningful purpose.

Talking about money is squarely about creating financial security, but it’s also about how we want the rest of the world to look. The people who have control of capital are able to decide what has value and what problems are worth solving. Women need to be part of that conversation, and we can help us get there.

:: This chapter was posted with the permission of Jane Finette from her book Unlocked — How Empowered Women Empower Women,

Author and leadership expert Jane Finette is the Founder and Executive Director of The Women’s Impact Alliance, a nonprofit organization dedicated to the development of young women leaders in social and environmental change.

Serving women from more than 80 countries with access to leadership development and coaching and the growth of a personal network, The Women’s Impact Alliance empowers change catalysts to strengthen their leadership, expand their capabilities and advance their missions.

Formerly a Big Tech executive at Mozilla and eBay, Jane’s passion, expertise, and two decades of experience is anchored at the intersection of technology and human potential. At her core, she empowers individuals and communities to solve the world’s largest, most persistent, and perennial problems.

Jane is also the author of the book Unlocked — How Empowered Women Empower Women, a referendum on women’s inequality and a toolkit for leveling the playing field for women and girls.