“I want to create a better world, not just better conditions in the same world.“
Rosemary Oliver 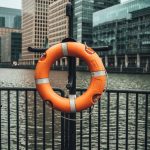 For years, I used the story of people floating in a river, unable to reach the shore, to describe the difference between social change organizations and more traditional charities.

In case you’re not familiar with it, it goes like this:

A passerby saw a person floating down the river, jumped in and saved him. Day after day, more people were found floating in the river, unable to reach the shore. The community organized, set up teams to watch for and save the floating people. Eventually, someone asked why they were showing up in the river in the first place. She headed upstream to see why these folks were ending up in the water and to determine how to help prevent it from happening.

My Aha! moment came when I learned about David Snowden’s complexity theory, decision-making framework*. This model offered a framework for distinguishing between traditional and social change philanthropy and a way to explain those differences.

So, what is social change philanthropy?

Without being too egg-heady, I will define social change; take a side trip through complexity theory; compare it to traditional philanthropy, and then end up with a definition of social change philanthropy.

Social change philanthropy can be characterized by David Snowden’s decision-making framework which is grounded in complexity theory.

Complexity theory says that life is messy. (Ok, that’s an extreme simplification, but really, it is what it boils down to.) Snowden’s decision-making framework offers a way for leaders to make decisions and find solutions to problems in a messy world, viewed through the lens of cause and effect.

In traditional philanthropy, donors are accustomed to a linear relationship, linking the investment made (cause) to promised results (effect). So, the donor conversation would go like this:

Dear Donor, if you give us $xmillion, we will build a homeless shelter that will offer shelter each night to 100 people.

Basically, if we follow the allegory of people floating in the river, we’ll be able to pluck folks out of the river but won’t figure out how they’re ending up there in the first place and we won’t have the resources to teach them to swim.

Social change philanthropy is what those of us who work in complex environments must practice. There are not necessarily any right or identified answers to issues. Solutions emerge and reveal themselves over time. By definition, you cannot predict outcomes. Cause-and-effect is not clear. And you may never be sure which of many variables and actors may be involved – i.e. which part of the solution soup – led to a particular outcome.

Moreover, there is rarely a final, tangible product that can be delivered. For the most part, social change initiatives deliver process, not programs or products. When successful, they can point to changed laws, a change in beliefs or a change in actions. However, getting there may be circuitous and lengthy – and it may involve challenging the status quo.

Dear Donor, would you consider investing in a process that we think will work, based on our experience of how communities are connected**? It has many variables and players and we’re not sure how or if they are all connected and how those connections influence each other. And we want to make sure that the people who are most impacted are also a meaningful part of the solution.

Social change philanthropy: square peg in a round hole

Conventional fundraising wisdom and experience teaches us that in order to secure donor support, we must translate complex issues into simple narratives; identify solutions in advance and predict outcomes.

Donors have come to expect a linear, cause-and-effect relationship between investment and outcome. Couple that with the perspective of many who expect short-term solutions to long-standing problems, and we have a paradigm in which securing philanthropic support for complex issues is like trying to fit a square peg into the round hole of traditional philanthropy.

In terms of raising funds, it is an easier-to-understand message to ask donors to contribute to building shelter, since you’ll know how many people who are experiencing homelessness will be temporarily housed once the shelter is built.

In the project-based world of much of philanthropy, it is a continuous challenge to reposition the work of process and facilitating relationships into projects or distinct programs that resonate with donors. As challenging as it is, social change initiatives operate within this, the primary funding paradigm in our sector. This difference makes it more difficult for social change organizations to raise money via the current philanthropy model that exists.

Donors as true partners in the journey

Compare that to asking donors to invest in the system-wide change that would be required to eradicate homelessness.

In social change philanthropy, there is an invitation to everyone involved in philanthropy – practitioners, activists and donors – to work in a new kind of partnership. Where investments are made in process instead of programs; where investments are made for the long-term and donors are prepared to go along for the messy, nuanced, sometimes chaotic and frustrated journey leading to change. As true partners.

COVID has showcased that philanthropy must change if it wishes to meaningfully be part of social change.

One of the challenges with any definition of social change is the fluid and slow-moving nature of change, the social and political context in which a movement finds itself, and changing social norms and values. What may start out as traditional philanthropy – for example, a food bank to help stem hunger in a local community – may evolve into a movement for social change for example, via a fight for income equity.

Most social change organizations will have a fundraising program that offers and benefits from both traditional philanthropy offerings as well as inviting donors into deeper relationship to be true partners in the messy work of social change. It’s not either/or.

But for philanthropy to be part of effecting meaningful change, both donors and fundraising practitioners must be open to having different – and courageous – conversations.

*For more reading related to David Snowden’s complexity theory, check these out:

** To learn more about connected communities, check out all of the cool material the folks at Centre for Connected Communities have produced at https://connectedcommunities.ca/. I am grateful to have been part of their journey and thankful for all that I’ve learned along the way that has challenged me to look at fundraising differently.

Cathy Mann, MA, CFRE, President of Fundraising Lab is an award-winning fundraising professional, teacher, author, podcaster and is loved and owned by a quirky, black standard poodle. She is usually found working with clients serving people who are among society’s more marginalized populations. Cathy is a frequent speaker and writer, and occasionally, she plays her ukulele in public.