You are here: Home / Leadership / Beyond Perception: Unmasking Wholeness in Diversity 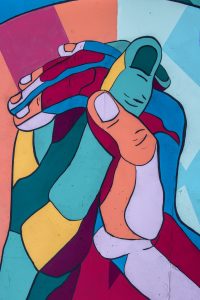 What is it that defines our innate humanity?

Growing up with what many would consider severe Cerebral Palsy, great emphasis and attention was placed on my speech, or more precisely, how to make my speech understandable to others.

This was a perspective taken by many of my doctors, therapists, teachers, and even parents. But nothing catalyzed this purview on life more than an admonishment by my first martial arts teacher after earning my black belt in Budo Taijustu.

“You must be clear and understandable to others if you want to be successful in this world,” he insisted.

As a college student in my early twenties, I had already spent years in pursuit of transforming my voice from what others often perceived a spastic set of disharmonic tones into a cohesive, crisp, and “normalized” pattern of speech.

It was as if my manifestation of language was somehow incorrect and, simultaneously, it was my sole responsibility to transform it into a format that was understandable to others. Only years later did I realize that my persistent effort toward striving to fit in was ultimately the same effort that not only minimized my humanity but undermined my natural capacity to support others in their own learning.

As we explore the very hot topic of identity in today’s world, we are faced with reconciling how the perceived body types, forms, and versions of expressions upon which one’s value has been assessed and measured for the last two thirds of a millennia is in many ways a separation from, and an extremely narrow lens of the vast depth and potential that humanity holds as a species. And in that limited perception, there is vast depth and innate wisdom, connection, and belonging that we divorce ourselves from.

As we look at the expressions of humanity that are present in this global society, we need to begin to look beyond the systemic structures that have set up this paradox and examine where and how innate humanity operates and in doing so, this examination in turn, we re-engage with a forgotten wisdom, forgotten relationships, that can serve to support us in deep disruption and dismantling systems of inequity, supremacy, and oppression.

Fundamental to this, at least from my lens, is the question: what is meant by innate humanity inherent prior to all of these constructs and perceived differences?

From a personal lens, I’ve seen that one’s innate humanity is not bound by physical expression, systemic structures that perpetuate an individual limited identity, or even one’s deepest most intimate thoughts and desires. It is beyond all this— a sense of spirit, soul or one’s unique biochemical and neuro-physiological make-up.

Whatever your preferred lens or verbiage, at its core, one’s innate humanity emerges from relationship. The relationship of one’s individual reference point of awareness in relationship to the reference points of the perceived other. Be it a partner, friend, co-worker, system, environment, or even more broadly.

Ironically it is one’s ability to know your own reference point intimately, deeply, that allows for the relationship with all of these other perceived differences to be understood, known, and interacted with freely, and with deep love and compassion.

Yet, as wonderful as this may all seem, the question remains, what does it mean to leverage a deep humanity in service of inclusion and diversity?

In my 20+ years of work as a Leadership Coach and Diversity Equity, and Inclusion Consultant, I have sought to support organizations and leaders in reconciling this question.

The Mirror of Silence

From an individual level, it begins by cultivating a deep humanity, a humility that is founded in and entered through silence. It is a cultivation of inner spaciousness and the ability to deeply feel sensations within and perhaps even beyond the physical body and to allow them the space to move as they will, without necessarily engaging or attaching to them. This cultivation is a life-long process and yet it is the simple capacity for any person that wants to serve, support, and lead others with this foundation in silence and spacious stillness.

The next step is to notice how and where the sensations are emerging from and in response to what. Are these sensations perceived as an opening to the stimuli or a withdrawing or closing off from without making up too many stories, which automatically detracts and layers unnecessary content atop the silence.

Investigate how and where the turning away, the withdrawing, the recoiling occurs. What is it in response to? And, what is the source of that withdrawal? If it is identifiable spatially i.e. within the body, or even spatially, in the mind either as visual impressions or auditory internal talk, can you find the space around or behind it from where there is freedom to release it?

In knowing it deeply, we can also find the space within ourselves with which it resonates. And from there, in connection, in relationship, a mutual understanding not based on assumptions but on curiosity and in desire to know the perceived other as ourselves can bring us closer.

This relationship begins with listening and patience. And a willingness to offer spaciousness amidst that which may be uncomfortable.

One way to work on making room for other expressions is in designing a team alliance or set of agreements for how you want to hold, and be engaged, in with the various relationships within the team. While a designed alliance has great benefits for any team, here the actual design process becomes a space to deepen listening and learning about others. To do this well means that the structure of the design process is, in itself, inclusive and offers various means of giving input. This might include inviting ideas ahead of the designed alliance meeting, using an equitable structure for the conversation itself, or holing multiple rounds of conversation with multiple structures.

What becomes important in the designing of a team alliance is, not simply asking and getting buy-in for the agreements the team want to establish in order to work well together, but also that, for every proposed idea the team dig into it to understand its importance and meaning to the person who put it forth. It means that in the spirit of deepening inclusion, we want to hear the vulnerable yet meaningful aspects that team members have not yet voiced.

This can be tricky, particularly in established teams, where habits and unspoken power dynamics may limit people’s willingness to speak. Yet, by having everyone ground into a receptive silence and maintain an awareness of their presence throughout the listening process, a greater sense of openness, depth, and courage and begin to permeate the space, and ultimately make room for previously unrecognized expressions, thinking, and collaboration.

As we move from understanding and relationship forging into the next aspect of inclusive leadership, we can begin to express the understanding and challenge implicit bias within the system. I have seen this time again both in my own life and the lives of those I work with.

There is often a palpable shift in the teams I work with as one person steps into a new level of self-authorship. By one person voicing the impact of the way an existing system limits their natural capacity or expression, the entire team can open the doorway to a deeper appreciation of each person’s expression and creativity. Moreover, what was once perceived as limitations are constantly being retooled to reflect and integrate understandings and insight, many of which bear profound implications for new or overlooked business opportunities.

For me, my voice has become an invaluable asset in training attention, offering those I work with practice to earn their own “black belt” in seeing and responding to innate wholeness, in themselves and in others.

Ultimately, I believe, the enduring exploration is less about the biases and assumptions that accompany perceived differences than it is about the interplay between our capacity to recognize wholeness within the lens of individuality. My hunch is that when the two are in synergy, we are left with a dance wherein each person’s unique expression of humanity may flourish without minimizing or diminishing the expression of others. 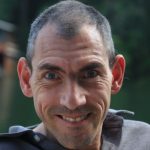 Barton Cutter, PCC, CPCC, is a disruptor by nature, whose irreverent wit cuts directly to the heart of any issue while illuminating spaciousness within paradox. He brings together 12+ years in development of human capital, inclusive culture design, and over 20 years of training in meditation, the martial arts, and presence-based leadership to offer leadership development coaching, training, and culture design through Barton Cutter Coaching & Cutter’s Edge Consulting, LLC.