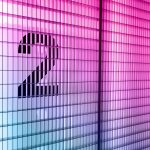 Is two better than one?  In the right situation with the right combination of people, YES!

Two is always better than one when it comes to things like puppies or vacations or pieces of cake (maybe even glasses of wine) but what about fundraisers in the same role at the same time?  This was the situation for me when I started a new role in an arts organization after spending three years at an academic institution.  I was excited to return to being a full-time major gift fundraiser with great opportunities in front of me at a transitional time in the organization.  One unexpected element was learning that it would, in fact, be two of us starting the same senior role, two weeks apart.  After a brief pause, and a request to meet my double, my surprise became delight and things began to fall into place. END_OF_DOCUMENT_TOKEN_TO_BE_REPLACED