You are here: Home / Fundraising / Is Your Money Story Affecting Your Ask? 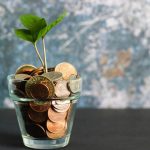 Spoiler alert: I strongly believe that the answer to the question in the title is YES.  And not only that, but there’s a decent chance the impact your money story is having isn’t pretty.

So, what is a money story, exactly?

I’m not saying that all those stories are untrue.  What I am saying is, that’s a lot of baggage to carry around for anyone, much less those of us who live in the space of raising money for our organizations. And what I am coming to really understand is that when we bring our complicated ideas and beliefs about money into a fundraising meeting, we can and do pollute the relationship with our donors.

A couple weeks ago, I led a workshop on this topic.  Here’s something I witnessed during the workshop, and it’s a great example of how this works. Many years ago, in my hometown of Boulder, Colo., my former workplace started following – and disseminating through our biennial TRENDS Report – data on giving in our county.  Charitable donations were and are persistently lower (as a percentage of income) than neighboring counties and lower than the national average.

I believe in numbers, and I’m not arguing with the truth of the data. And the reasons behind this local picture are certainly curious and worthy of discussion. My point to my attendees, however, when this topic came up is that I don’t think having these statistics in mind when one approaches a donor is going to have the desired impact (assuming the desired outcome is that a donor agrees to make a gift). If I head into a meeting believing that I live in a town that isn’t generous, and probably the people I’m meeting with also won’t be generous, that story is going to ooze into my expectations and will influence how I show up.  It’s going to impact my meeting.

I concur completely with what she’s saying, and in my years in the fundraising world, I’ve noticed how that conflicted relationship prevents us, in many cases, from fully resourcing our organizations. It also creates deep anxiety and dread for many people who raise money.

Here are some other examples of people’s money stories, stories I believe are impacting – in an unintentionally negative way – their asks:

Here’s something I believe: donors don’t want our cringe or shame about money to be at the table.

Donors, like most humans with disposable income, like to deploy that money in ways that feel good.  This can be an expensive good feel, like an amazing vacation that includes fine white sand between the toes or enjoying the purr of a well-made car.  But even those with less income – many of whom are also donors – want their expenditures to feel good, even if it looks like buying a treat at the grocery store or owning something new.

If we are doing our job as fundraisers, our energy about money should make our donors feel good.  Ideally, we inspire hope and satisfaction. They will be excited about the impact their donations are making, the problems they are helping to solve, the opportunities their gifts provide. And it’s very hard, if not impossible, for our unclean money stories, the ones that involve cringing and shame and evil, to coexist with a high-impact, Porsche-level ask.

So, how can we clean up our money stories? Here are a few ways to start:

Asking for money can feel regal and moving. I hope you’ll take a dive into your own stories about money, and, in so doing, up your game.

Margaret Katz Cann is the founder of MKC Coach, where she works with nonprofit clients to clean up their money stories and make their best and most compelling ask.  Before that, she was the VP of Philanthropic Services at the Community Foundation Boulder County for over 20 years. She lives in Boulder, Colo., where she — unoriginally — likes to play outside.