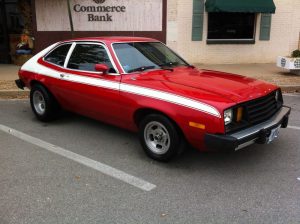 I graduated from college with a shiny new degree that I thought would take me far. Instead, it took me to central New York State to a radio station at the top of a mountain.

On day one, I was excited to learn how to sell radio commercials. My new manager shared the station’s staff drama, of which there was a ton, and gave me a cassette tape as training. He also sent me out for one day of shadowing his most successful salesperson, who got himself an ice cream cone after each close.