Being goal-oriented made me a powerful fundraising leader, but it also nearly killed me.

I had been in fundraising for nearly two decades when I found myself in the final push of a capital campaign to fund the construction of a new hospital in central Maine.  The project was deeply personal to me – a state-of-the-art hospital to replace two aging 60’s-era hospitals in towns less than 20 miles apart.  Each hospital had a proud history and feelings were very mixed about replacing them.  People were reluctant to accept change even when change meant access to more services, specialities and better technology.  This was particularly true in my hometown of Waterville, Maine where Thayer Hospital, once considered one of the best small regional hospitals in New England and the place I was born, would lose its in-patient services.  When the project was announced, there were protests in the streets.  My job was to overcome those objections and create donors out of skeptics.

At first, the challenge was exhilarating.  It was also terrifying.  I was charged with raising more money than the hospital had ever raised.  About a year into the campaign, I was asked to manage the design process as well, leading a group of internal leaders in making decisions about the hospital’s furnishings, signage and wayfinding, art and donor recognition.  I was flattered to be asked, so I immediately accepted. But the additional responsibility loaded my already full schedule with even more meetings – almost like having a second job. END_OF_DOCUMENT_TOKEN_TO_BE_REPLACED 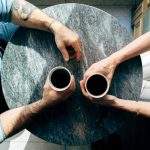 But philanthropy has gotten some bad press lately. Writers like Anand Giridharadas, Edgar Villanueva, and Rob Reich have argued there’s a hypocrisy to making your fortune in ways that harm others and then being celebrated for giving (some of) it away. They’re not wrong. How many know that Carnegie and Rockefeller were ruthless industrialists but now are mostly remembered as benevolent patrons of libraries, universities and concert halls? And sure, Mark Zuckerberg and Priscilla Chan have promised to direct 99% of their Facebook stock to curing every disease, ever. But should that give Facebook license to mine our data and undermine our democracy?  END_OF_DOCUMENT_TOKEN_TO_BE_REPLACED

Sidney Mathias Baxter Coulling III, the retired S. Blount Mason Jr. Professor of English at Washington and Lee University died in February of 2016 at the age of 92. I had the distinct privilege of being taught Old English Literature and Poetry by Professor Coulling in 1981 as a freshman at W&L. It was the toughest “C” I ever earned (one of only two as an undergraduate). How I made my way into a sophomore level course (also taken by many juniors) is a testament to my naiveté–an error that only a greenhorn first-year student can make. END_OF_DOCUMENT_TOKEN_TO_BE_REPLACED 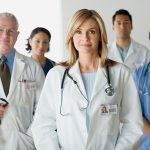 A donor called. “Cancer,” he said from his post-exam waiting room.  “Will you come to talk to me for a few minutes?”, the donor asked.    I ran out of my office thinking “How should I act? What should I say?”

I have been raising money in the healthcare context for the last ten years.  The dream of helping people live out their lives to the fullest extent possible, overcoming the obstacles that disease, disability, and life throw at you…it is hard to imagine anything more tangible or more inspiring.  In my role as a fundraiser at San Francisco General Hospital Foundation, I get the opportunity to support healthcare professionals delivering care in many situations: from Trauma where life and death are on the line, to Social Medicine where homeless patients get help far beyond medical interventions, to the Birth Center where wonderful healthy babies are born HIV free to HIV positive parents thanks to the dedicated work of a vast network of social workers, case managers, and many others. END_OF_DOCUMENT_TOKEN_TO_BE_REPLACED

Creating a Leadership Legacy That Will Impact Future Generations 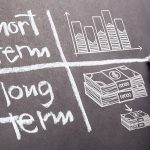 Is your organization constantly suffering from a lack of donations or inconsistent funding?  Are you passionate about a worthy cause that can’t seem to gain momentum while making an impact?  Do you need more wealthy donors, but don’t seem to be resonating with them?

There could be a hidden reason that you are totally unaware of.

If you ignore this common problem that so many non-profits and charitable organizations suffer from, your funding problems may not only continue, but they may end up getting worse. END_OF_DOCUMENT_TOKEN_TO_BE_REPLACED 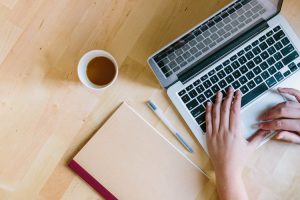 There are hundreds upon hundreds of nonprofit blogs to read. While each and every one is worth checking out, some provide more value than others.

At Fundraising Leadership, we realize you only have so much time in your schedule for reading blogs.

For this reason, we’ve compiled a list of 10 nonprofit blogs you should absolutely be reading. END_OF_DOCUMENT_TOKEN_TO_BE_REPLACED 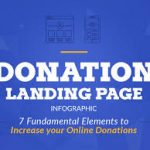 Are you part of a charity or nonprofit organization that does fundraising? If so, you understand how important it is to create a high-quality website that shares a variety of information with your audience (including potential donors).  In this post, our good friend and SEO expert, Charlie Rose, shares the essential elements for a donation page that converts visitors to donors. END_OF_DOCUMENT_TOKEN_TO_BE_REPLACED 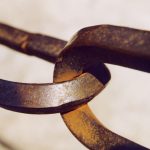 I boarded the bus and found a seat in the last row, next to two young people who were chatting away.  I sat there observing them… I was struck by their relationship. Looking at each other’s eyes, they listened to each other, sitting close together. Each one’s body posture shifted as if reflecting on the other, and their voices alternated in a kind of conversational dance. Watching them confirmed to me that there is an art to being in a relationship.

END_OF_DOCUMENT_TOKEN_TO_BE_REPLACED 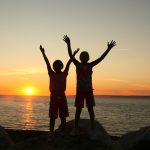 What would it feel like if you gave to others? Imagine devoting a brief space of time each day to giving to others; being of service to them; sharing. With one important proviso: this is giving without expecting anything in return.

My day couldn’t have gotten off to a better start. A donor called me early in the morning and unexpectedly asked me out to lunch. Within moments, that magical call had me smiling from ear to ear, filling me with energy. Receiving is one of life’s great pleasures; of course we all like being on the receiving end. We like it that someone else thought of us, and made that clear with a warm and generous gesture. Nevertheless, not only does receiving depend on others; it also doesn’t last forever.

END_OF_DOCUMENT_TOKEN_TO_BE_REPLACED

Making the ask does not follow formulas or manuals. Every case and every situation is different, and as much as you want to have a guide with every step to give, you will not find it. There are no magic formulas.

However, this is the question that many fundraisers, sellers and freelancers ask me. What do I do if …? And the truth is that this is a question that I love. They tell me, and with good reason, that the answer does not please them so much. I always tell them it depends.
END_OF_DOCUMENT_TOKEN_TO_BE_REPLACED